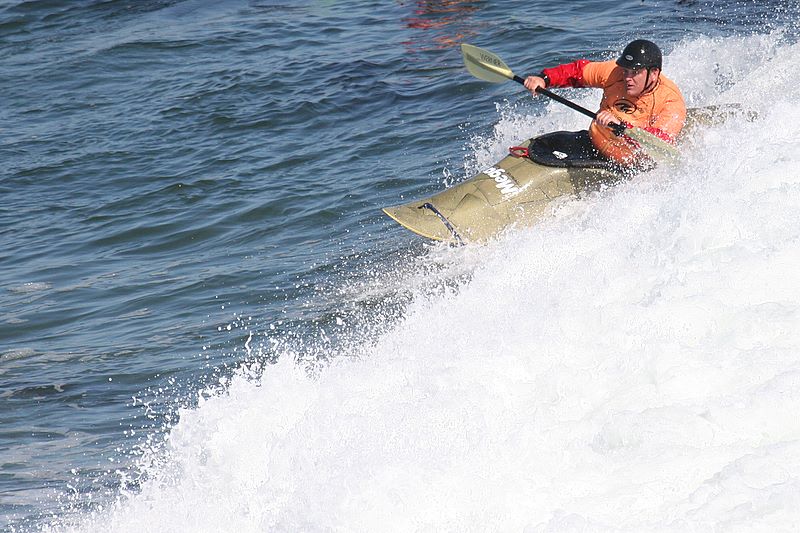 Santa Cruz is the largest paddle surf contest in the country, and one the bigger events in the world. People come from all over the world to surf the famous Steamer Lane. There was big contigent from Ireland and England. I got another new boat, the Mega Megatron. Best surf boat ever. 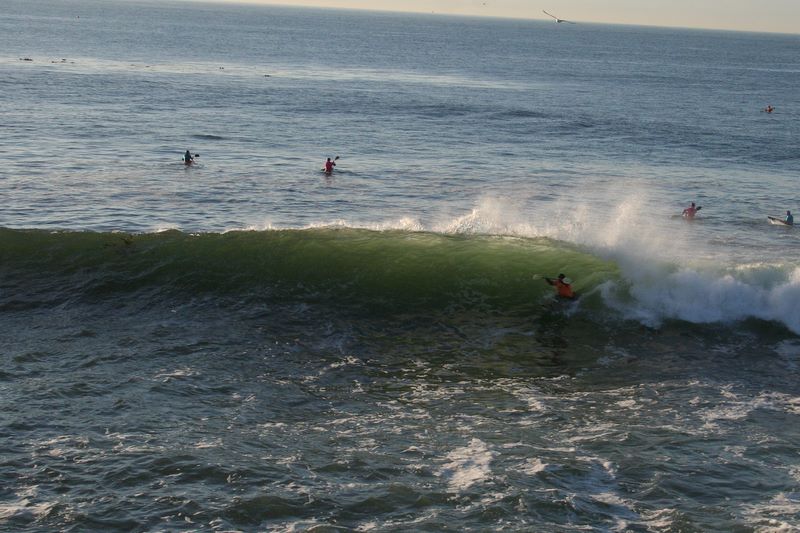 I hadn’t competed in the expert class at Santa cruz before, it was only my second expert contest. Contests are organized into 19 minute heats, with 4 people surfing in each heat. To advance, you need to finish well in each heat. The last two years I’ve gone to SC, I haven’t been entered, for a variety of reasons. Anyway, I went out Friday ina brand new boat, that I’d never surfed before, and WON my heat. What!!? I got some sweet rides, but I was still suprised since I was up against some paddlers that I really respect. On Saturday, I placed second in my heat, again against some really good paddlers. Good enough to have me ranked 7 (out of about 40 experts in my division.) by saturday night. Enough to put me in the semi-finals Sunday. Surfing sunday had been my entire goal, so I was really excited. It was really cool that 4 of the guys I surf with frequently (Desmond, Chris Russ, Eric, and Buck) all made the finals too.

I was fired up and excited. So much fun. I showed up Sunday, paddled out. Waves were smaller, and I knew I’d need every point to advance, one of the guys in that heat ended up winning the contest. It was getting towards the end of the heat, and I took a smaller inside wave. At the end, I tried to throw a big finish move, and as I looked over my shoulder on the move, I saw a large exposed rock. ooops. I was pummeled against it by the waves for a minute, and ended up swimming.

I was still thrilled, really happy with how I paddled, and happy to make it to the finals. Next year I want to be in the final heat!