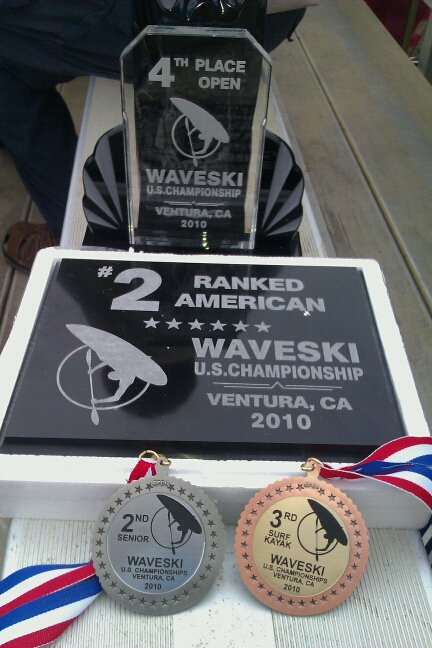 I had, Friday and Saturday, the best contest I’ve ever had. I was on fire and it felt incredible. This was the US Waveski National Championships, with about 78 competitors in a variety of categories. Over 40 were entered in the Waveski Open Division, so we started with 10+ heats of four paddlers each. There were guys from Australia, South Africa, Spain. At least 10-12 competitors were from out of the country, and probably 50+% were from out of state. This contest is the real deal. Several prior national champions and world competitors were there.

I was entered in three categories. Waveski Open. This is the big category for the contest. The winner of this is the winner of the contest, and the top American is the reigning National Champion. I was also in “Seniors” Waveski (for folks between 30-40) and Kayak division. I advanced easily in both of those, so this is mostly about the Open class.

For the first round, everyone surfs, in heats of four, and the top 2 advance to Round 2, while the 3/4 finishers go to a Repercharge heat. These heats are made up of all the Round 1, 3/4 place finishers. It’s basically a second chance, and the top 2 from each of those 5 heats goes to round 2. After that, it’s single elimination, meaning you get no second chances. Every heat needs a 1/2 place finish in the heat, or you are done.

FIRST. Sweet. That meant out of the 40+ field, we were down to 16. I was shocked to be in the quarter-finals, I don’t surf waveski often, and my waveski isn’t even something most serious competitors would consider. Like showing up for a car race in a minivan. Some paddlers I have a ton of respect for hadn’t made it, and I was seriously stoked and shocked. SWEET. I was just grinning.

Went to bed, up early to get parking. Surfed around 8 am, fully, 100% expecting to be knocked out.
I was surfing against some strong paddlers, including my friend and former pro big wave (board) surfer Jeff Munson, who won the Pico creek contest last year. He was also the only paddler I saw all weekend get a solid barrel. Dude rips. Also Steve Farthing, from Australia, who competes at the worlds level. I figured it was a battle for third place between me and another guy, and I fought hard trying to get third.

We all paddled hard. I had the finals for my kayak heat, and when I came in from that, Jeff told me I’d made the semi-finals in Open. I pulled a second behind Steve Farthing. Holy crap. I’m in semi finals. 8 paddlers left.
I honestly thought Jeff was pulling my leg. I didn’t believe him. I was shocked, and ran to see who I’d be surfing against.

Of course, it was Fletcher Burton (National Champion 2008) and Roger Adams (well known for being a strong competitor, and has won many, many contests, and who was surfing his home break. I couldn’t find it for sure, but I think he’s been National Champion before), and Blair Moore from Australia, who wins regularly at the worlds level, and who went on to win this contest.

I figured this was my last chance to put on a show, and paddled as hard as I’ve ever paddled. I knew I’d need big moves to score, and I put myself in deep, went for lips, and took some risks. I tried to be patient and wait for good waves, something I’m not always good at. I paddled hard. I honestly believed this was my last twenty minutes, and I put everything I had into it. I scored some sweet rides that set up nicely and I was able to land a couple big moves.

I got out of the water, and it felt awesome to have so many friends cheering for me. Dennis, Mickey, Lucy, Val, Rick and others were cheering for me. Felt really nice. I got lots of thumbs up and compliments, but I’d seen the other guys get some incredible waves, and considered taking my waveski back to the car, but waited. Pretty soon I learned I was in the FINALS. Holy SH**********T. No way. I took second, behind Blair. No way. Wow.

I surfed the finals for my Senior Category, and struggled to find waves, but got a couple of solid ones. I was feeling good.

Soon enough, it was time for the finals. I can’t believe I’m here. Wow. Just walking to the beach, I was up against Tyler Lausten, Steve Farthing, and Blair Moore. The kids song “Which of these is not like the other one” kept playing in my head. It was me. My ski was probably nearly 2 feet longer than the others. I’m probably 50+ lbs bigger than the others.

I went out and gave it my all. I put everything I had out there. I tried moves. I sprinted for waves, I did everything. I got some solid waves and some good rides. But I was outclassed and out-surfed by some incredible athletes and good guys. I got fourth. I’m totally OK with that. I landed on the beach exhausted and feeling like I’d surfed 100% of my ability.

I’m prouder of that fourth than any other finish in any paddling contest, including the seconds and thirds I’ve gotten. It was a harder contest, and I worked harder to get there.

I ended up with a second place in Seniors (age group) and third place in kayak, 4th in Open. Blair was 1st, Steve 2nd, Tyler 3rd. Since Blair and Steve are both from Australia, that means Tyler is the reigning US National Champion. It also means that I’m currently the #2 ranked US Waveski paddler. National Championships!!!!! 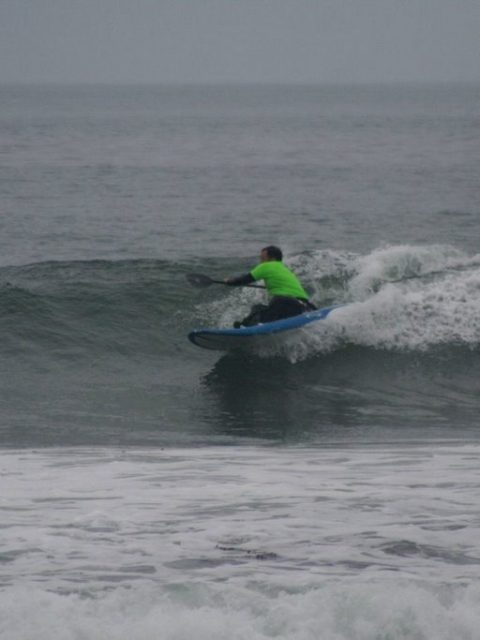 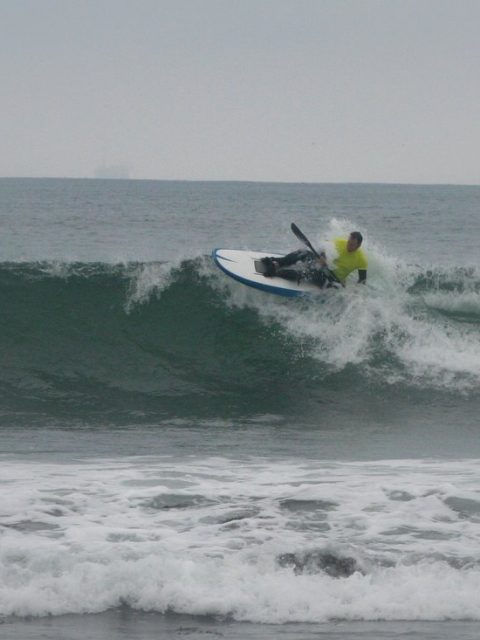 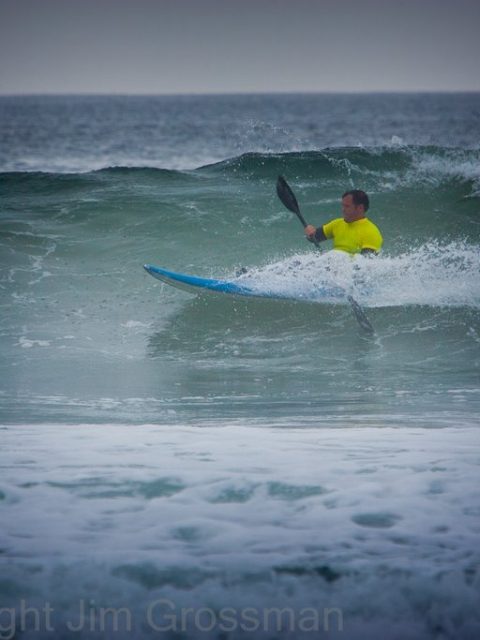 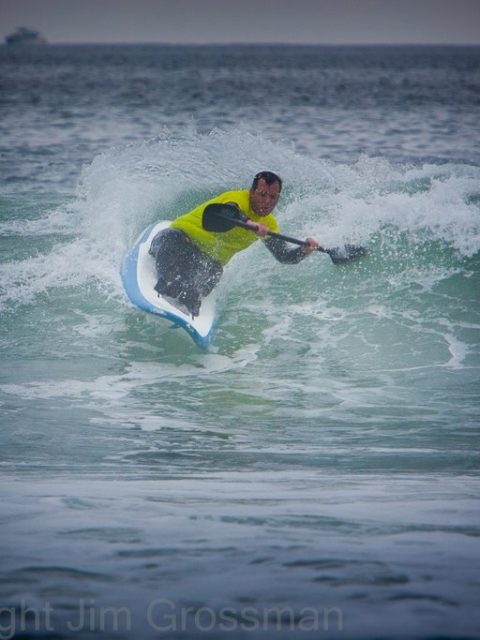 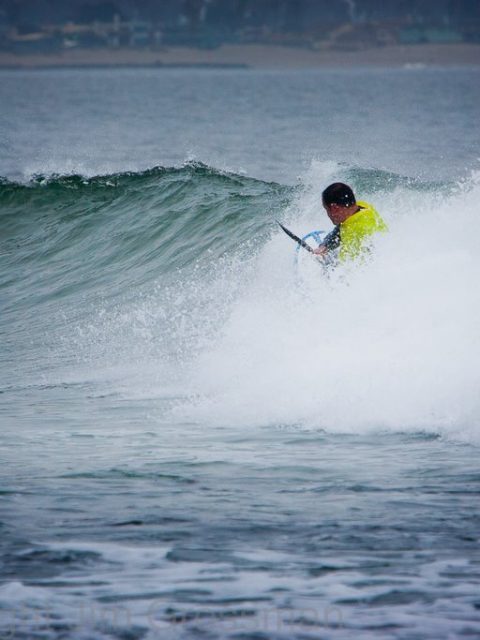 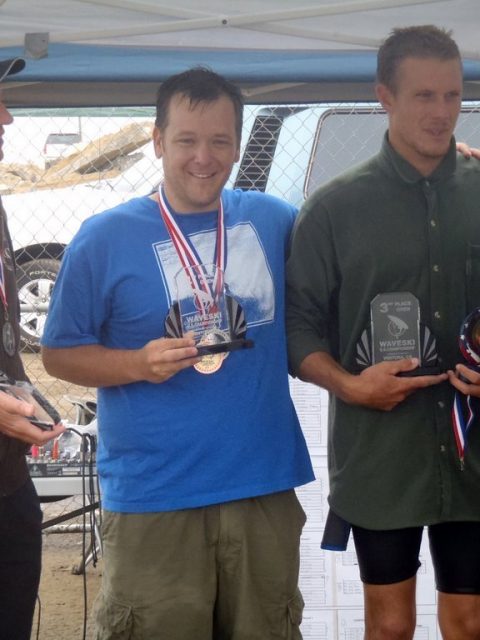 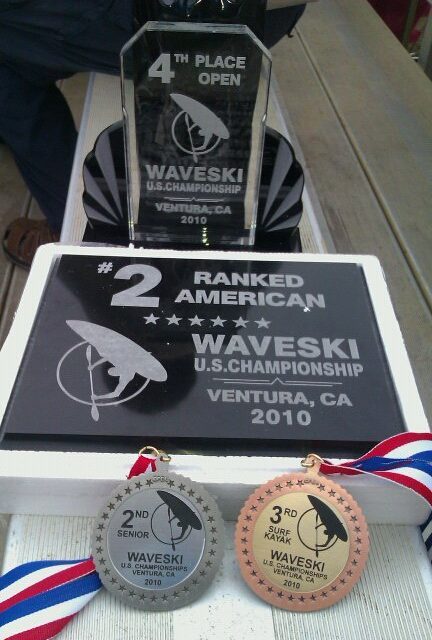 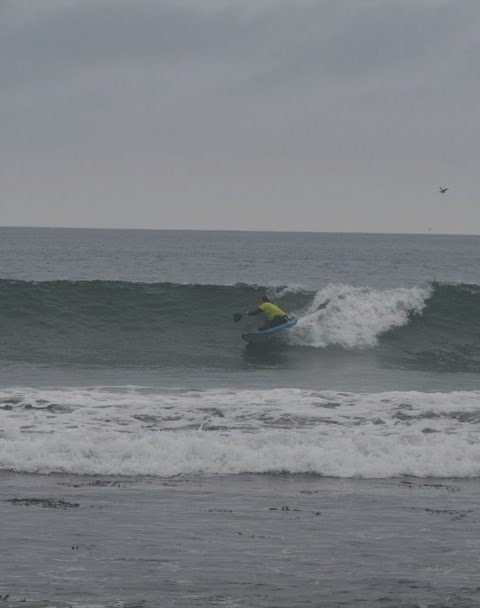 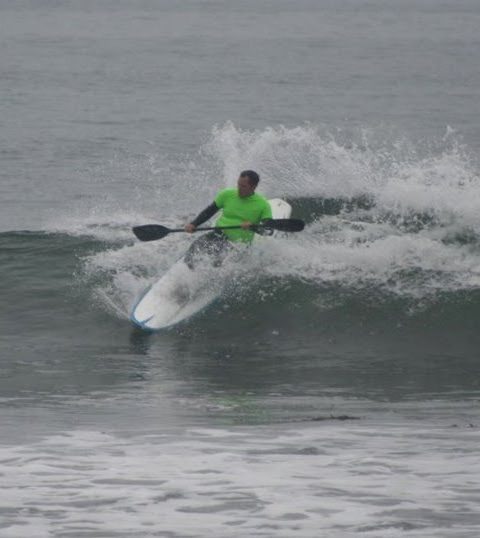 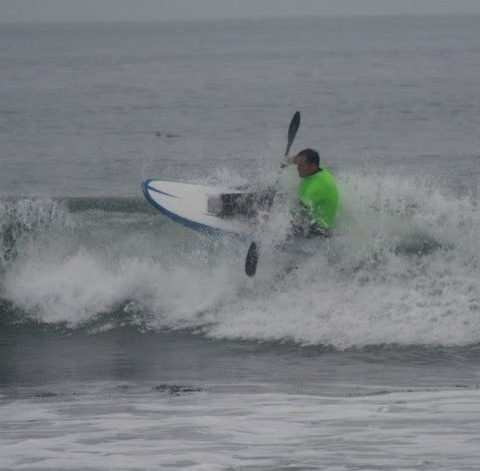 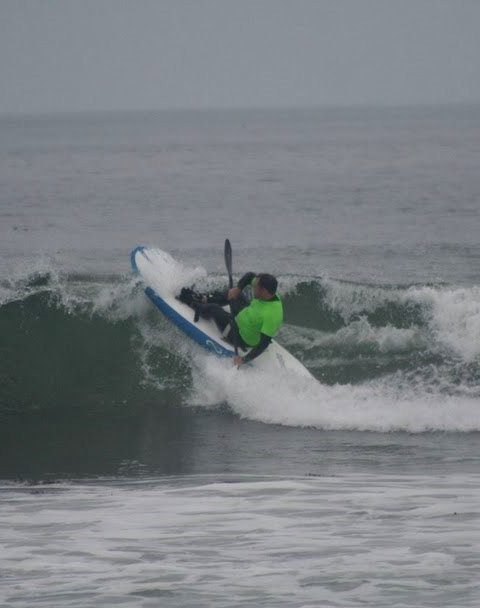 I (Geoff)  did a one day dive trip out to Catalina yesterday. Warm water (for CA), decent visibility, and saw...