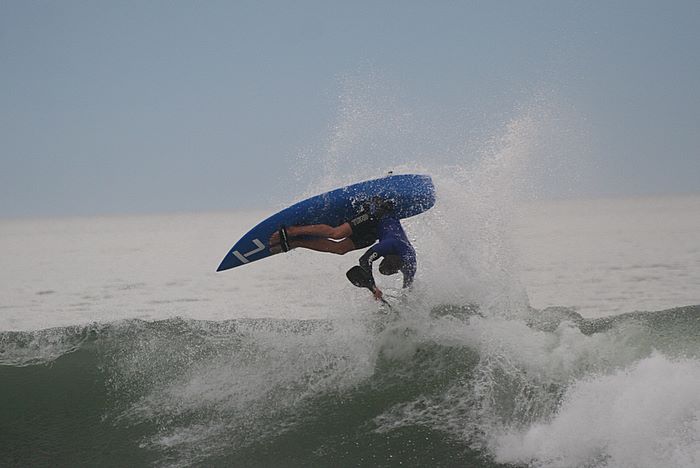 Last Friday, I arrived at C-Street in Ventura, California for the US Waveski National Championships. It was a stormy morning, with an absolutely gorgeous sunrise. The waves weren’t big, especially after the Surf Kayak Nationals the weekend before, but looked fun with decent shape. I’m not much of a waveski paddler, in fact, I hadn’t been on one in years. I’d arranged to test one that Mark Pastick was selling, and if it worked for my weight, I planned to buy it. Imagine my horror when I realized I was in the 1st, 8 a.m. heat. I rushed to get the ski on the water, took it out and paddled around for 10 minutes, then came in to collect my Jersey and get back out and surf my heat. I was pleased to get a third, and really pretty happy with how the ski performed.

Later heats followed, both on the waveski and in my kayak. Each time, I was pleased to find myself advancing. Sweet. It was a super fun day, with good conditions and a high level of performance from all the competitors. 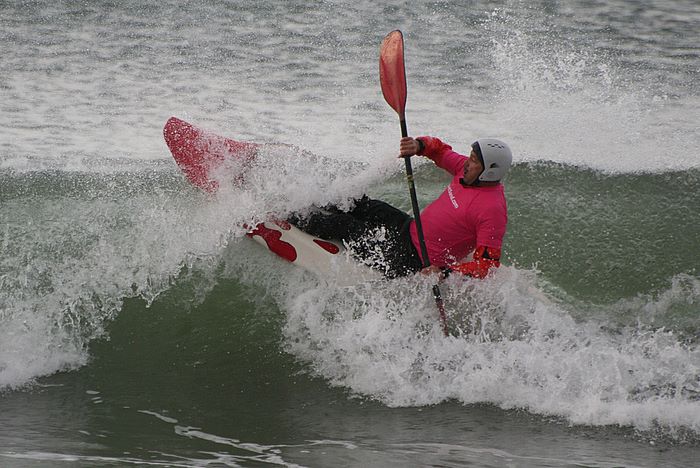 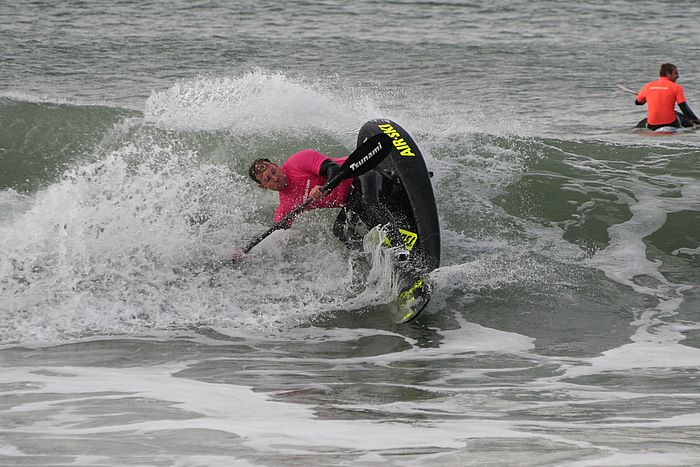 Saturday morning we arrived to find some crazy stormy clouds, and waves a bit bigger than Friday. I had a waveski heat sunday morning, and was shocked to take 1st. I got a 2nd in my kayak heat that morning as well, meaning I was in the finals for kayaks. I was super fired up at this point, and went into the (I believe semi-final) heat on my waveski against some absolutely incredible paddlers. Not bad for my first few times on a ski! Unfortunately, that last heat didn’t go so well. I seemed to have trouble finding the peaks. I tried to catch one, but didn’t, and turned to find a bigger wave barreling down on me. Tyler was on it, and I couldn’t figure out how to get out his way. He just surfed around me, but I wiped out. My belt popped, and I was swimming. My ski went all the way to shore, and by the time I’d swum into it, the heat was nearly over. Oh well. I still did much, much better than I’d though I would, and really had a good time. I’m going to practice on the waveski and compete in that division more at contests. I think I can do better. 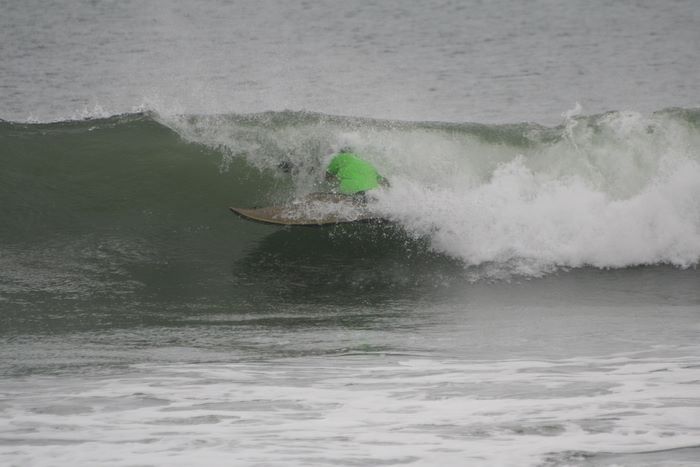 After that, it was only a short break before it was time to go out in my kayak. It was the finals. I haven’t made the finals at a competition since I moved up to the expert cla

ss, so I was really excited to just be there. The four surfers were Sean Morley, Jim Grossman, myself and my good friend Chris Russ. I got a few good waves, and was generally pleased with how I surfed, but in that crowd I knew it would be tough to beat any of them. I finished 4th, which I was pleased with.

I now have new resolve to really train, lose some weight, and kick some butt at Santa Cruz in March. (Sean Morley got 1st, Jim 2nd, and Chris 3rd).

Want Hi-res versions of anything? Happy to do it, just email me at geoff@kayaking.com

This past weekend was the national championship for surf kayaking, held at Davenport, CA, and organized by Buck Johnson. I...