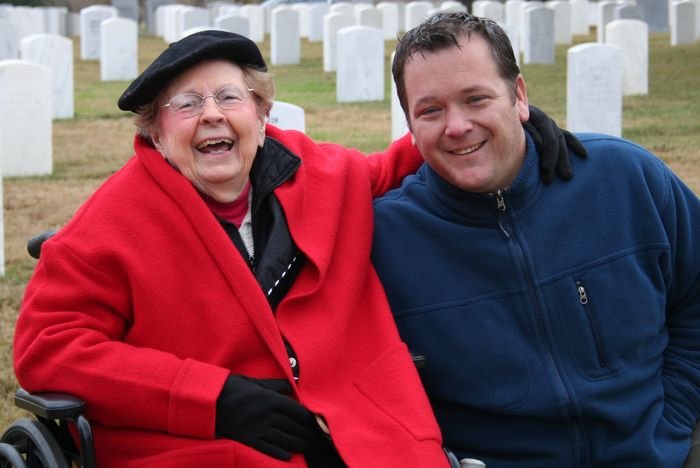 I was at a work event in Detroit, scheduled to leave at noon to fly to Texas to see my Grandma.  Her health had been failing, and I wanted desperately to see her one last time.  When I saw my mom’s cell number on my phone that morning, my heart sank. I knew I’d missed her.  Part of me was crushed.  It was more for me than her, I knew she was only barely aware, if at all, of her surroundings in the end.  A  part of me was relieved, but felt guilty about that relief.  My relief was that the last memories I had of her would be of the fiesty, laughing, loving Grandma I’d always known.

This is my favorite picture of my Grandma and I.  For me, it just captures her as I remember her better than any other I have.  We’d gone to see my Grandpa’s grave, for her visit.   She was telling Kim some funny story, or making a joke about the situation.   I can’t remember and I wish I could.   But she was laughing and had her arm around me and it was great.  Where she is sitting in the photo is very near where she is buried now.

Flora Gene “Dixie” Jennings passed away on September 29, 2010 at age 94. Dixie was born in Ypsilanti, Michigan on October 18th, 1915. She graduated from DeVilbiss High School in Toledo, Ohio in 1933. She was a long time student of the piano and classical music starting at the age of four and finished her formal musical training at the Sherwood Conservatory of Music in 1941. She married her high school sweetheart, Hal Jennings, in Ann Arbor, Michigan after he graduated from medical school at the University of Michigan in 1941, shortly before he entered the Army as a medical doctor. Dixie enjoyed 67 years of marriage to Hal as a dedicated Army wife, mother, and companion that included Hal’s appointment as the Surgeon General of the Army in 1969. She spent her early golden years at Ladies Island near Beaufort, SC and then moved to Texas in 1987 becoming an original resident of the Army Residence Community in San Antonio. Throughout her life she greatly enjoyed interacting with people of all walks of life, usually including lots of joking and laughter, and made many friends wherever she went. She adored her family and especially looked forward to their visits. Dixie is survived by her brother William R. Dunbar, her son Ronald B. Jennings and his wife Lynda, her daughter Cathy G. Hampton and her husband Larry, five grandchildren, and five great grandchildren.

When my Grandpa passed away two years ago, I wrote a lot about how they had accepted us as their Grandkids, even though technically we were “step”, it never felt that way. All that holds true for my Grandma, and then some.

One of Kim’s favorite stories about my Grandma was when we took her to the Olive Garden for lunch.  They messed up my order, not understanding my food allergies.  Grandma threatened to trip the waiter.  Kim found it endearing and hilarious that my 92 or 93 year old grandma was threatning violence to someone for putting me at risk….

I have avoided posting anything about this for weeks.  When my Grandpa died, the words to describe how I felt flowed so much easier.  With my Grandma gone, there is a heaviness in my heart I can’t describe.   I’m  happy that she was laid to rest next to my Grandpa.  Nothing else would have been right after 67 years of marriage.   The idea that she’s not there is still hard to grasp. 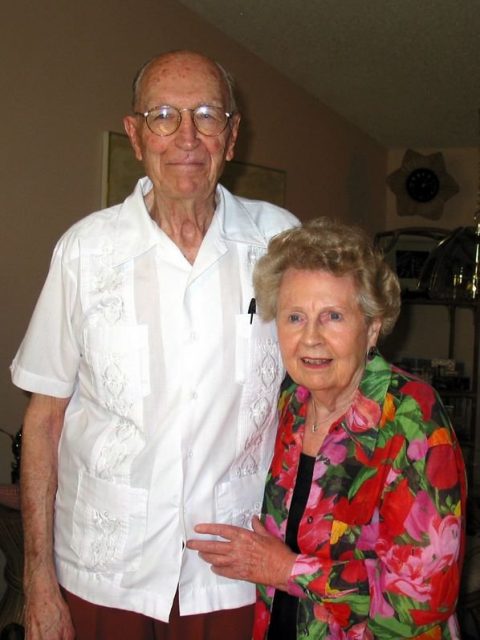 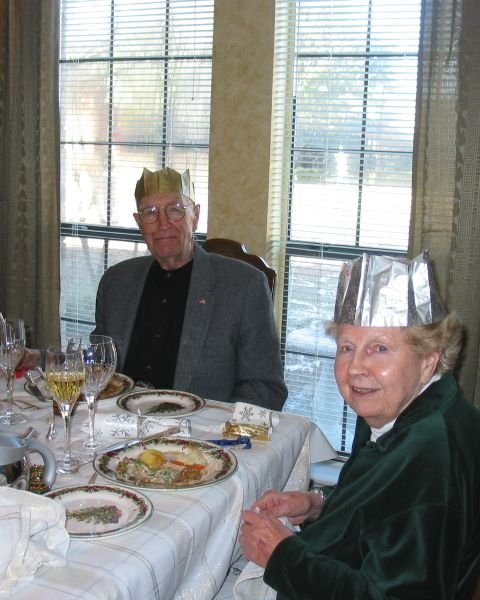 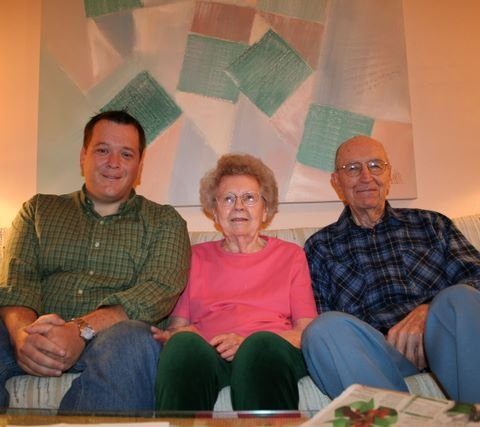 Before Christmas, I went down to visit my Grandma and Granpa Jennings 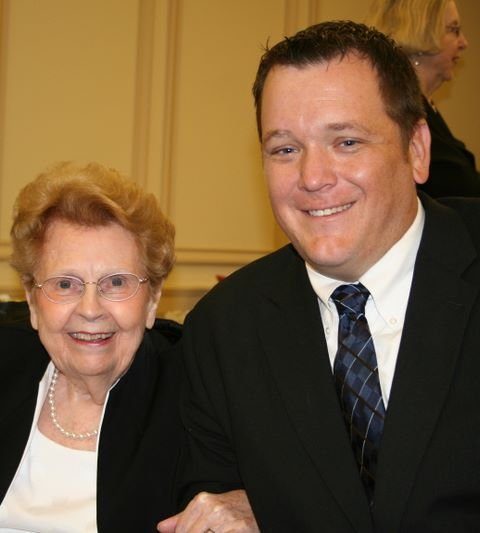 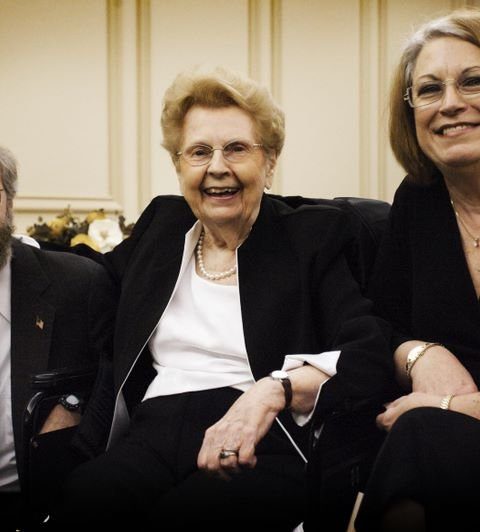 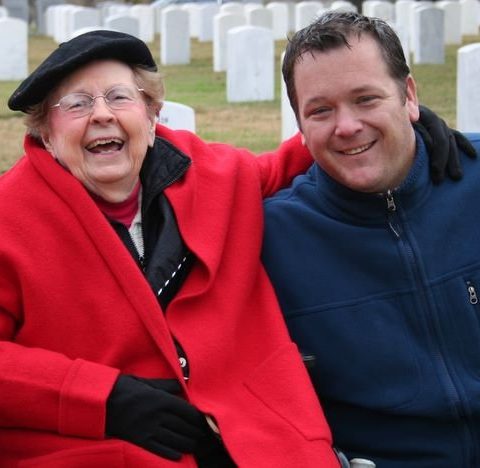 This is my favorite photo from the trip. We spent some time reminiscing about my Grandpa. I forget why we’re laughing, probably some old memory. but i love this photo. 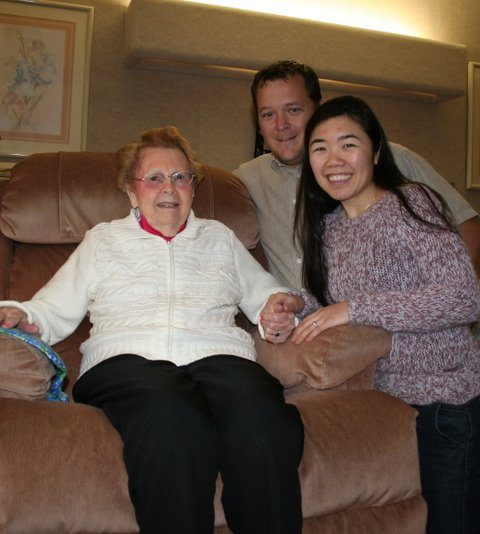 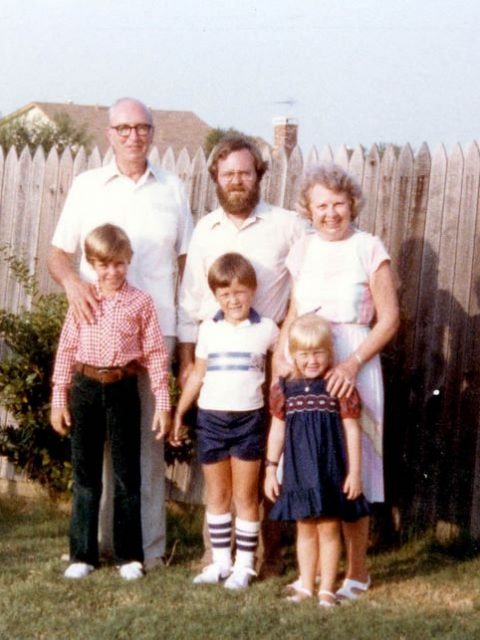 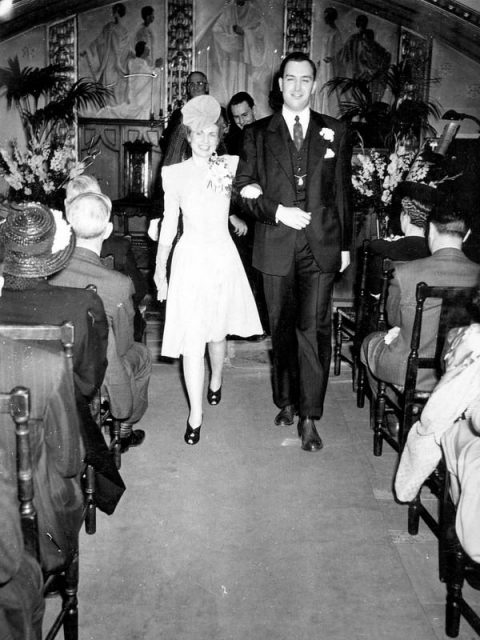