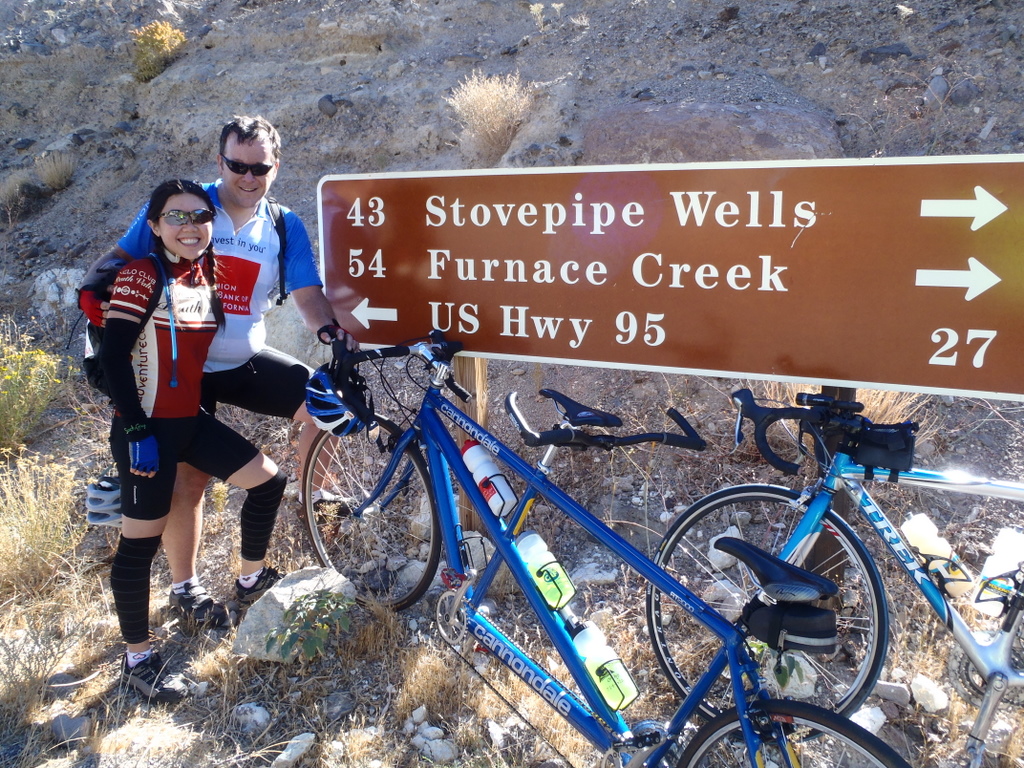 Kim and I have been enjoying our tandem a lot lately, and decided to try a century (100 miles) ride. The ride we picked was the Death Valley Century, which is exactly 108 miles. I know 108 doesn’t sound much longer that 100, but its 8% harder than a regular century. It’s like paying sales tax.

Last weekend we headed to Death Valley, CA, to do the ride. We probably didn’t train as much as we should have, but the ride went well.

It started at Furnace Creek, -180 foot elevation, and rode to Scotty’s Castle, with a significant amount of climbing and some long, gradual grades up and down, and then a killer last few miles at like a 9% grade. Doesn’t sound like much, but it was! Check out the elevation profile. Turned out, expected an easy cruise back home. Definitely easier, but far from easy. We were buffeted by headwinds and crosswinds that slowed us and shook the bike at times, my arms and shoulders were beat by the end. I had some issues with my sciatic causing pain, but we pushed through and finished around the 7 hour mark. Not setting any records, for sure, but it was fun and neither of us was wrecked at the end. Good times.

We camped that night, and spent some time exploring Death Valley on the way. Such a cool, stark beauty.