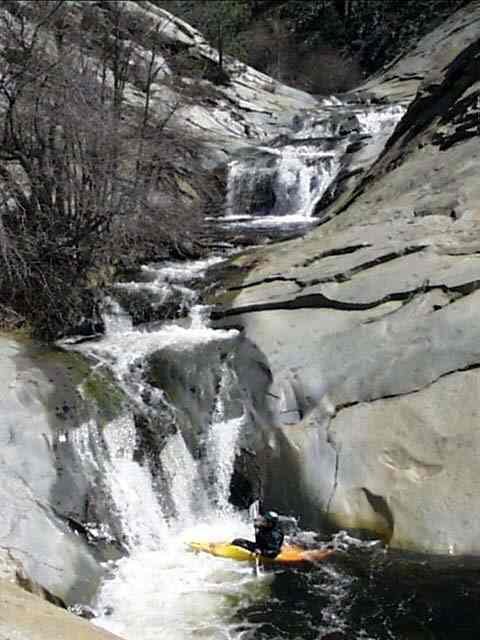 I met Eric in the Store where I work, and we got to talking about Kayak surfing. He was new to the area, and we ended up swapping emails, and eventually going “surfing”, although, there was NO surf that day. We did decide to go up to the Kern River together. So it was a week or so later when we’d be heading up north to hit the river.

We arrived at our intended put in around 11 on Weds. As we pulled into the lot, we saw another boater. He had just run Brush Creek, which ends when it hits the Kern River and was wanting to do it again. We had a ride, and he offered to guide us down Brush Creek in exchange for helping with his shuttle. (not in so many words, but that was the effect)

Eric was understandably hesitant. He hadn’t be in a boat in awhile, and brush creek is a serious creek. Low volume water, but STEEP. Most sections of the Kern River have an average drop of about 45 feet over the course of a mile, but Brush Creek averages something like 350 feet per mile. The biggest single fall is 18 feet, and there are tons in the 5-12 foot range. It’s steep, technical creek boating, rated class V, which is the hardest rating on the scale.

Neither of us had paddled a class V before, but I was game. I kinda figured it was a good opportunity to push my limits, and I’ve been paddling LOTS the last year, and was feeling confident. As we drove up the road, I got my first look at the creek. I was seriously intimidated. I’d never paddled anything this steep or technical, and never taken any drops like we’d have on this creek.
Eric opted out, he’d drive the van back to the takeout. John and I carried out boats and paddles down to the start, and hopped in the creek. It was steep and fast. Before long I was sitting in an Eddy with John, where he was giving me the rundown, like ” OK, take this next drop on the right, setup fast, boof the next fall, then head to river-right to set up for the bigger drop, which you want to pencil. Watch out for the rock at the center of the fall. ” Of course, halfway through a series of falls and chutes, I’d have completely forgotten the instructions.

It was an amazing experience. At once scary, fun, exhilarating. The big falls (18feet!) really weren’t that big a deal, in fact, they were super fun. Scary parts were ducking under trees as we careened down steep narrow chutes of rushing water. And having “must-make” moves to avoid broaching (getting stuck sideways) in the narrowest aprts of the creek. Exciting to slide down rock faces into huge pools. It was amazing. I’ve been looking up runs like this since I got back. I want badly to do it again. And do more technical steep creek style boating. It was also over WAY too fast. .

When we got down, Eric was patiently waiting (thanks Eric!) John helped us move my truck downstream, and Eric and I were paddling again before I’d even gotten dry. We were now on the limestone run on the Kern River. I’d done this run in January with my buddy Damian but then it was only running at 250 cubic feet per second. This week it was around 800 cfs. Still not huge, but much more powerful. Bigger waves, bigger holes. We made our way down the river, and spent tons of time playing in the waves. Found one decent hole, where we both were able to spend some time playing, surfing, doing stern squirts and bow stands. Fun fun. Spent several hours playing.
(Eric has the Yellow Helmet – The rest of the pictures on the page are of me. ) One of the bigger rapids on this stretch is called “Joe’s diner” As we were paddling towards it, I thought I remembered running it at river right. There was a video camera man from a raft group on the rocks, and I paddled right past him. As I hit the hole, it just _swallowed_ me. It was powerfull enough to completely submerge me and my kayak. Wow. Fun. (We went by the raft co. shop and watched the video that night, but it was $39 to buy a copy, so we didn’t) In the Video you can see me take the drop, disappear completely, and reappear a few feet downstream. Eric followed me through the hole, got pummeled and trap in the hole. Once it spit him out, he was upside down. I watched anxiously, willing him to roll up, but he ended up swimming the rapids. As he swam to shore, I recovered his paddle and we got his boat emptied of water and him back into his boat.

that night we went to town for yummy mexican food, watched the video, and then and went and camped ina gorgeous spot next to the river.
The next morning we woke, ate, and got back on the river. We spent hours on the river, playing and surfing river waves.Super fun. We ran Joes diner again, with no swimming, and had enough fun on it, that we did it AGAIN that day. Fun fun stuff. All too soon it was time to go home. But I’ll be back up there soon. Hopefully really soon. 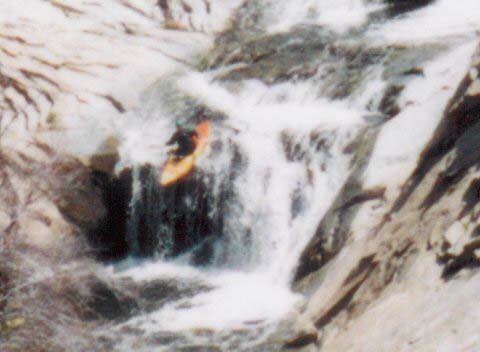 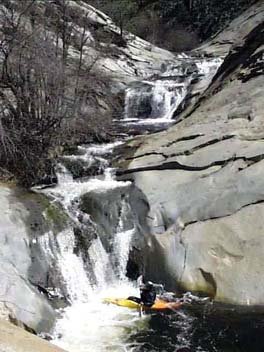 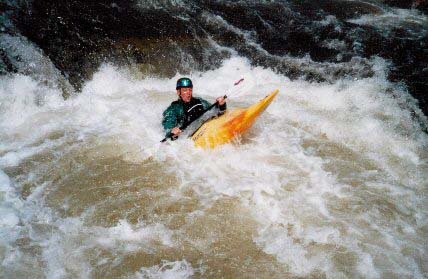 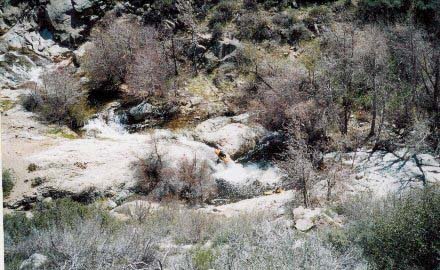 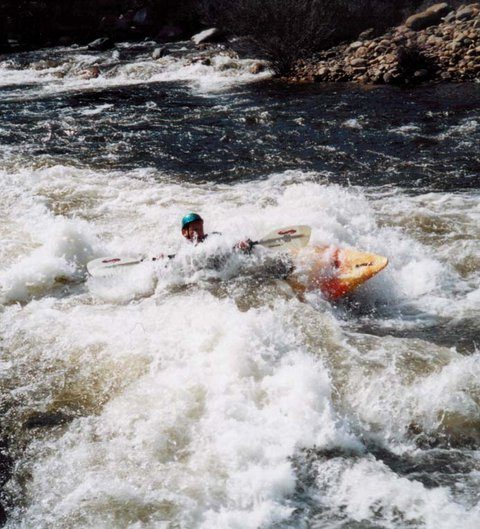 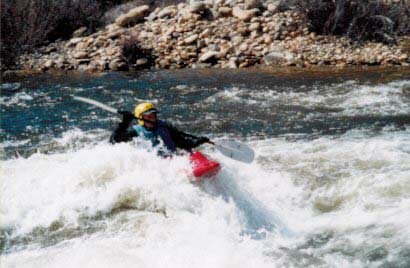 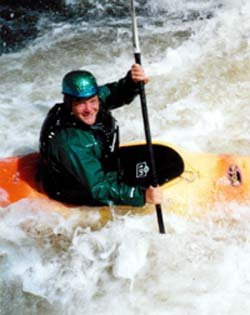 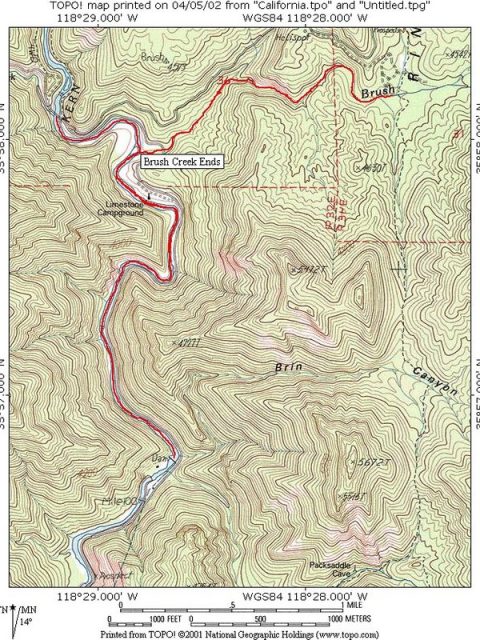 My girlfriend, Kim, and I did another marathon last week. Her writeup was funny, so I'm sharing it here instead...