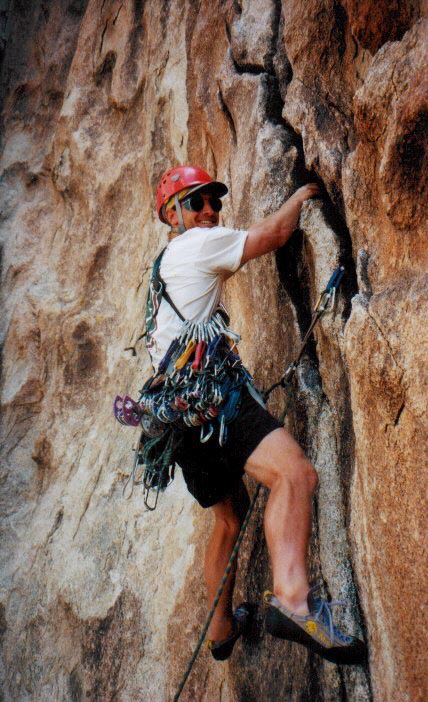 I’ve never thought of myself as a number chaser, but in it can be fun. In March my old friend Tom and I, after a day at Josh that totaled, oh, two climbs, decided we needed to have some sort of goal for the next day. I remembered hearing another group of climbers seeing how many “stars” the could collect in a day. I thought I’d heard 25. It was a weds, so that was promising, not too many crowds. We decided to go for thirty, but ended up with much more, fifty. We also decided we do the day without driving. We’d be using Vogel’s guide to count the stars. Tom is a much stronger climber than me, so even though I’d led many of the routes on our list, we decided he’d lead most stuff, as we’d be faster that way.

7:15- We’re risen. It’s still cold, but we scarf breakfast and head out. Trying to move quietly in the still sleeping campground,

50 stars in a day. Arbitrary, yeah. Silly, maybe. Fun, yup. A great day of climbing, like few I ever had, without a doubt. It was merely a goal, but it got us out there on a bunch or tremendously cool climbs, so what’s wrong with that? It was a l-o-n-g drive home that night!